Well it has finally arrived, 2014. We seem to have been thinking about it for a long time,in a similar way to talking about Christmas from September onwards! Traditionally we give these events a massive build up, and I personally wonder, if once the days have arrived, we are quite glad, to get back to our normal lives, as we are fed up with hearing about them. This year in the UK, almost for the entire break, the weather has been atrocious, with constant wind and rain, bringing chaos to many people. This is still continuing into 2014. I also understand that the weather is poor in many parts of America.

Unfortunately, I was not well enough to go out on New Year’s Eve, as I traditionally would have done. We have celebrated in many different ways over the years, from small gatherings to massive parties, however I don’t know whether it is my health or my age, or maybe a combination of both, but I now prefer a quiet one at home.
For most of us, I guess the New Year brings a logical place on our life’s time line to review our past year, and start planning the next one. Since my illness, I have found planning very difficult, but I do think about the direction I want my life to take, even if I can’t control the speed it goes at!
I have done a bit of ‘spring cleaning,’ removing certain things that I was involved with where I was gaining no satisfaction, to free up time for new projects. 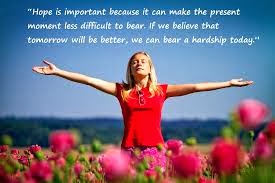 Most people I have spoken to in recent weeks, seem to be very keen to see the back of 2013, and accelerate into 2014. “That was a bad year for me, so I am pleased to see the New one.” It feels like they believe a change in date will bring an immediate upturn in their fortunes.
This made me think about how last year was for me.To be honest, it was pretty average by my standards. My health was up and down and unpredictable. I had some really good times, with some of the projects I am involved in, but was also pleased to see the back of others. Friends died, and babies were born, we had weddings and parties to attend. To sum it up, there were highs and lows, but since my illness, pretty much an average year.
Which made me wonder, how other peoples lives compare to that? If you had to summarise, your year, would you say it was average? As I watched people going wild around the world, I couldn’t imagine they were thinking that they were going to have an average year.They had hope, that next year would indeed be so much better than this one.Actually, I always have that too. There is a lot of potentially exciting stuff lined up for me in the New Year, but I talk and think with caution now. Maybe that is experience?
Hope is an emotion I have always had, even when I was given my original prognosis.It is actually what keeps me going. It ensures that I think positively, because I do believe that amongst the bad stuff in our lives, there will be some really good things. Sure, if I want to, I can recall vividly all my health problems, but I try to keep them to the back of my mind as best I can. My issues will never actually go away it seems, but I have to believe they will. 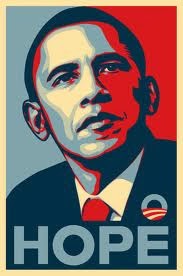 Without hope, we really would have nothing. The small team has to believe they can beat the big one. In our personal lives we must feel that we can progress, and that even the very pinnacle of our careers is achievable, even if we may not want to get there. For me President Obama is the perfect example of what can happen when you have hope.
So, are we all riding into the 2014 on a new wave of enthusiasm, after celebrating the exit of 2013? I imagine not! Some of us are going straight back to our routine treatment, as if nothing has happened. A couple of my friends are awaiting news on test results done in the holidays.I just don’t know what is going through their minds right now. People up and down the country, are trying to keep their businesses and properties safe from the terrible weather. But we know that eventually things will get better, we have hope and resilience.
My simple thought, which I say every New Year’s Eve is “I just hope next year is better than this one.” Are you  hoping for something special from 2014? What would you like it to bring? Maybe you love all the celebrating and have a different view to mine. I would love to hear from you!
This blog has been entered into The UK Blog Awards 2014 #ukba14 If you are enjoying my work I would be very grateful, if you could click the attached link and vote for it.