Although I had decided this weeks blog subject, very early on, I am always open to flexibility, if  something important comes up. It did, but ironically it included the subject I had decided to write about! Via Twitter, I received a link, to another blog, written by an incredible young lady, who had experienced personally some things, which confirmed the subject matter of today’s post.

This week I wanted to focus on how lives can be affected as much by the treatment they receive, as the cancer itself. I have spent the last 4 years, having treatment for the side effects of the original treatment I had, to keep my cancer at bay. During this time I have met, and continue to meet, people affected similarly to me. My body, frequently wants to reject, the stem cells, that have been given to protect me, causing many different issues at any time. There is rarely a warning, when this might happen.(Graft versus host disease,)

Recently I have met several people, who through treatment, are unable to do their work. Careers, which they have trained for when they were young, and spent their lives developing their skills, enabling them to provide for their families.I have met a builder, who is now so weak, he can’t even pick up a hammer, and a writer who has the disease around his eyes. He can’t see without the continual use of eye drops. Both these guys, like me, are into their 50s now, with no end to the treatment in sight. They want to provide for their family, and do the normal husband/father things. 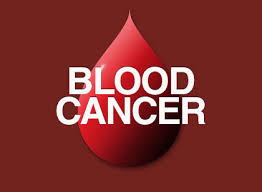 Below is an excerpt from this wonderful blog by Kathryn, and describes how GvHD has affected her

In August 2007, when I was sixteen years old, I was diagnosed with Acute Myeloid Leukaemia M7 with monosomy-7. I started chemotherapy on GCSE results day. I had one course of one regime, then a course of a harsher one, then in December 2007 I had some pre-conditioning chemotherapy and on the 19th, I had a stem cell transplant from my big sister. I recovered fantastically well and went home on New Year’s Day, celebrating just how easy this cancer business had all been.

In April 2008, I noticed some lumps in my face. I had one biopsied, and it turned out to be a malignant tumour. A bone marrow aspirate and trephine confirmed that my marrow was indeed full of leukaemia again and I was given a 1 in 5 chance of survival. My only option was another stem cell transplant from an unrelated donor – using my sister wasn’t an option this time as she had been too good a match, so I got no Graft vs. Host Disease which would have caused Graft vs. Leukaemia and killed any cells that were lurking. This time, I had much more toxic chemotherapy, plus a week of radiotherapy, and on July 31st 2008, I had my second stem cell transplant from a young German fellow. I got GvHD in my skin and we were delighted. Until it got worse and it became incredibly itchy and painful. I also got it in my gut, but it was all treated with IV steroids and after about six weeks, I went home. 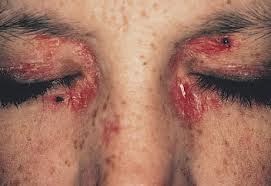 I was doing very well, until September 2008 when I got GvHD in my eyes, which meant I lived in the dark for a month and in tremendous pain, until I had eye drops made from my own stem cells from my blood, and they cleared it right up. (Incidentally, this is no longer given automatically and you have to apply for funding to get them, leaving people to develop scarring on their eyelids while they wait. Well done, government.) Then on October 31st 2008, I spiked a temperature, we went to A&E, and I didn’t get discharged until June 11th 2009. I had GvHD of the gut pretty badly, and of the liver in the worst way. In the fatal way. I was unable to eat because my stomach had no enzymes to digest anything, and I was turning more yellow-green by the day.

At the beginning of December, my bile ducts had shrivelled away to nothing, I was being poisoned via my own bloodstream, and I was put on the list for a new liver. I got it on the 21st. The doctors had told my parents it was unlikely I would see Christmas. The liver came from an O-neg donor, and I was A-pos. This is not routine; O-neg can only receive from O-neg, so they only give them to other people when they’re nearly dead. At this point, the haematology doctors were still looking after me too, and the discovery was made that I’d had a third stem cell transplant by accident. The stem cells from the liver had gone to my bone marrow, kicked out the German, and completely changed my DNA. I’m the only person in the world all this has ever happened to.

Being in contact with Kathryn this week has given me the opportunity to talk about some of the issues involving blood cancers and stem cell transplants. Like most things involving cancer, the results are unique to each person, and we rarely know what to expect. Of course we are all grateful for the extended life we may receive, but that can be very far from the end of the story!

For more information about Graft versus host disease click here