I wrote the below post last year, and week after week I am still being contacted by people concerned about cancer discrimination in the workplace. I’m not convinced that anything has improved. What do you think?

This weeks post was prompted by a conversation I had with my bank recently. Having been with them for more than 10 years I wanted to ammend a few things to bring them up to date, but of course they don’t like change and I needed to have a phone call to review things! My bank know more about my money than I do, but insisted I go through every penny I spend and earn, plus detailed questioning on what I do for a living. Not being able to work after I got sick has been no issue to them up to now, as all the bills are paid promptly.

But the fact that I am no longer able to work regularly at the age of 59 suddenly became important. 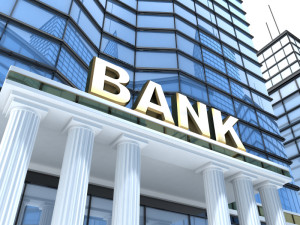 Could I provide proof of income, did I have a pension, what was I going to do in the future?  Wow! I felt like a naughty schoolboy having to see the headmaster, instead of a responsible citizen doing his best to carry on with a life limiting illness. Possibly this may be considered now as ‘responsible banking,’ but it felt very different to that!  The worst thing is that what happened was so predictable, and I see it frequently in many walks of life.The very discreet discrimination against long term illness and older age. We have laws that tell us we are protected, but these just mask the realities. Banks, insurers and many employers are some of the worst offenders, but until society accepts that this is still happening we will be unable to do anything about it! Of course there are exceptions to every rule, but unfortunately they are very much that. Below is a piece I featured last year, and it seems little has changed.

” One of the biggest reasons we struggle, is the financial impact that cancer can have on our lives. This has had a massive effect in my own life, but I am contacted almost daily with people having problems either maintaining their current work, or finding employment of any description that fits their new needs.

It is not just the financial element of work that it is important, but the feeling of self worth, that comes with regular employment, being part of a team, and contributing to something. But think of this situation logically for a moment, dealing with a life threatening disease is tough enough, and imagine that your financial security is also under threat as you get diagnosed. What will you concentrate on, your own health or paying the bills?

I cannot emphasise enough the importance of being welcomed back to some form of normality after treatment. 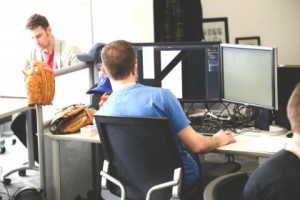 As a person affected by cancer you will have already lost many things you took for granted, but if you are unable to get back to some form of regular routine, it can be devastating. But I am seeing that happening more frequently now, as the work place becomes a very unforgiving place. No room for anyone who is perceived as not being able to pull their weight. Employers seeing people with unreliable health as easy ‘prey’ for cut backs.

We are not looking for sympathy because of what has happened to us, but some form of support and understanding. Cancer affects everyone, whether directly or indirectly, we are all touched by it, so I struggle to understand how society seems to discriminate against us in so many ways. It is difficult to find the things we need to help us, beyond the basics. Everything is made extremely onerous to access and the organisations there to supposedly help us, seem unable to provide what is required.

Below you will find a comment left by Sean, on last weeks post. I was so moved by that and others with similar messages, I felt I needed to highlight the reality of many people affected by cancer. Of course there are people that don’t have these issues, but they are very much in the minority. Many are not only living with the effects of cancer and it’s treatments but are beginning to feel a disconnect with parts of society that seem to be turning it’s back when we need it most.

Hi Chris, reading your blog felt like I was reading my own story. I’ve ran businesses, worked for some high profile multinationals and even managed some freelance consultancy for the European Commission. But I’ve been in-treatment since 2011, and like you have been at the brink of death a couple of times.

I’ve been cancer-free for a couple of years now, but of course each time I have a blood test, I can’t help thinking the unthinkable.

I was cured but I have to now live with the consequences: a clot that will never go away (I had six surgical procedures) , and necrosis caused by my chemo. I was treated for testicular cancer, but as an older man (51 at diagnosis) , I really suffered during the chemo .

In my previous life I ran marathons around the world, but now I am waiting for my second hip replacement. I had my first in July of this year. The necrosis destroyed the femoral head of both my legs. It’s the steroid element of the chemo that’s problem – cuts off the blood supply to the bone and it dies. I walk with a stick and need a wheelchair for longer journeys.

I was treated abysmally by the DWP and more recently by my Local Authority, who asserted I was mobile when in fact I was hospitalized and immobile for most of the summer (my left hip collapsed in May). I was on 90mg of Morphine following the collapse, and still take heavy pain killers daily. I’m trying to avoid Morphine as it turned me into a vegetable.

Throughout all of this I have been cared for by my partner and I’m currently staying in her flat because my place is inaccessible (due to lots of stairs and inadequate heating – that’s another story). No help has been forthcoming (except from Macmillan who have provided therapy and a small grant during my chemo). I was too sick to apply for DLA, and naturally a recent application for PIP has been added to the 600,000 or so outstanding claims.

Of course I have been made to feel like a scrounger – even though I paid tax and national insurance for 30 years, and was paid pretty well. The economic impact of cancer is one thing that is rarely touched on, in the mainstream media or in drama.

I have experienced hostility from people on the street and on public transport. I walk strangely, I have a stick. I am vulnerable so not likely to fight back. I have osteoporosis (another chemo side effect) along with the necrosis , so if I were to be knocked or hit, my bones would snap. I avoid the rush hour naturally.

What the future holds, I do not know. But I can’t see anyone wanting to hire a 55 year old with multiple health issues, anytime soon. If I had the energy and the health I would start an organization that actually employs people like me: highly skilled individuals, who are unable to commute or do the usual 9-5 . The technology exists, but I don’t think the funding would be forthcoming !

Thanks for your blog, its nice to know I’m not alone.

I would like to thank Sean for sharing his very personal experience with us, and as always I would love to hear what your view and experience is, and please feel free to share it below. 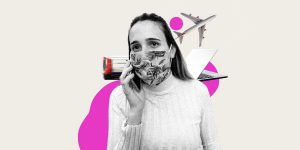 What Next For Cancer? 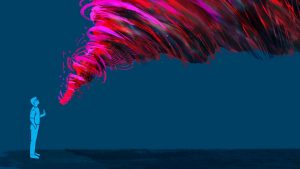 Being Organised In Cancer Chaos! 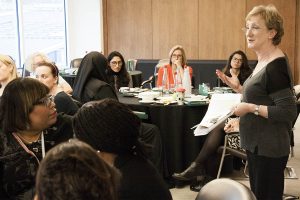