Skip to content
We use cookies to ensure that we give you the best experience on our website.
After 6 years of treatment in the cancer sector, my learning never stops. Unlike a lot of things that we learn in our lives, everyone’s experience is unique. So, no amount of reading, or talking with others can ever prepare you, for how you will deal with your own cancer diagnosis. Some people just quietly get on with what they have to do, and others are happy to share their experiences. There just isn’t a correct way of dealing with things, just what feels right for you.
One of the things that I have learned,is so much that happens around cancer is out of your control. Not just how you feel about things, but particularly how other people view you, because of cancer. I have written about this on several occasions, but it is a very common issue, affecting most of us.Personally, I have never seen a hierarchy in problems. It just doesn’t matter if your problem is perceived as bigger or smaller than someone else’s, it is still your problem. Some people are able to cope with things better than others. Frequently people start to tell me about issues, but quickly add, ” Of course, it is nothing, compared to yours!” 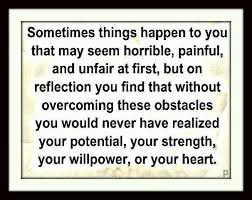 Since I have been blogging, I have noticed a degree of ‘competition’ amongst people. Not just in written form but in conversation too. It is almost like there is an invisible health ‘league table.’ Are you in the ‘Premier league?’ If not you are in the ‘regular league,’ with the masses! I have found a lot of people who have been touched by cancer, who find it difficult to communicate their individual issues, because of this situation.

I try to cover as many aspects of the fallout from cancer, on this blog, and although I have a long and varied experience myself, I enjoy sharing other people’s stories so that we can all learn from each other. Annmarie, talked of her frustrations with me privately, and I knew that this was a common issue and invited her to share her story, which is as follows:

“My experience with cancer was very brief. Strictly speaking, it would only have been life threatening if I’d refused to have the surgery suggested. Of course, I went ahead with it as really there was no other choice. It was major surgery and it was a few months before I would work or drive, but apart from aftercare, I didn’t need any further treatment.

Because of the nature of the cancer I had, it is almost certain that I will not suffer with a secondary case. I didn’t have chemotherapy or radiation treatment. Once I’d had the operation I was officially ‘in remission’, but did not attend the oncology department during those 5 years. Instead I was referred to the gynaecology outpatients for that time.
But cancer left a permanent mark on me that I still struggle to come to terms more than 10 years later. Cancer left me childless.I’d already had 6 months of gynaecology appointments where I’d been diagnosed with polycystic ovaries and endometrial hyperplasia. I was told to go home and get pregnant quickly because things didn’t look good.
There’s no surer way to NOT get pregnant, I can tell you!
My consultant surgeon was amazing. She was so frustrated that she was not able to stop the condition from deteriorating. In her long career I was only the 3rd or 4th person under 40 that had the condition. I was diagnosed with endometrial carcinoma in June 2002. It was obviously progressive and two weeks later I found myself hospital ready to go under the knife. I was 30 and not yet 2 years married.
As you can imagine there are many elements of this story that I’m saddened by. But from a cancer point of view, one of the hard things to cope with is that it’s like I didn’t actually HAVE cancer. You wouldn’t believe the amount of times it’s been said to me… “well you didn’t really have cancer”. “You just had cancerous cells didn’t you?” “I mean, you never had any treatment, people who have cancer have chemo, you got off lightly.” 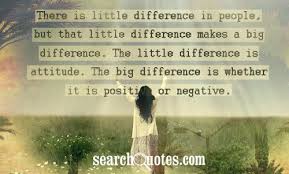 Please don’t get me wrong. I know I am blessed not to have had to go through the worry of dying from the condition. I thank God I didn’t have to have chemotherapy, but comments like the above have made me feel like a cancer fraud and I don’t think I ‘got off lightly’.

I consider myself a cancer survivor, but I don’t say it to anyone as it usually provokes a reaction that’s tough to take. But I know I had it. Every time someone tells me they are pregnant, or I hold a new born baby or see one of my niece’s kids in their new school uniform – I’m reminded that I had cancer; albeit briefly.
Maybe this is a place I can say it out loud and folk will get where I’m coming from – I certainly hope so.”Firstly I would like to thank Annmarie for sharing the above with us. As I mentioned earlier it is a situation that I have encountered reasonably frequently, and I am very happy to be able to get these issues out in the open. If you would like to hear more from Annmarie, you can click here or contact her via Twitter @amowriting