“According to the theory of Karma, what happens to a person, happens because they caused it with their actions.”

As we are all so well aware, when a diagnosis of cancer is received, lives are completely changed. Not just the person receiving it but anyone connected with them. One major change I have found since mine is that I am thinking about my life much more than I ever did before. Of course I had a bit of a plan, and I always considered that if I worked hard enough I would get where I wanted to go. To a degree that happened, which I would consider a success, as I was working in a very ruthless and unforgiving business, where morals and scruples were not high on the priority list! I entered it with my eyes wide open, but have always been my own man and was determined not to compromise my own principles. 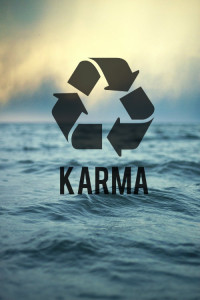 The most important guidance I have ever received is to treat people how you would like to be treated yourself, and I have done my best to live like that. It has become second nature now but before I got sick I never really thought too much about myself as a person.

Then cancer came along, and things changed rapidly. Every minute became more valuable, and I needed to take stock and re prioritise my life quickly. Most of what seemed important previously had little value in my new regime, but the act of ‘giving’ became a high priority. Not financial, but time, which was really my most important currency. It feels strange as I write this, to be saying that having been given some extra life, the first thing I wanted to do was give it to others, but that is exactly what happened. Over my long period of illness, I had received so much from people, my family, friends and clinical staff, that I was overwhelmed by an incredible desire to give back.

On reflection I have always subconsciously believed in Karma, but since my illness I can say that I firmly believe it now, and I have found it a great guide in trying to deal with my new life. It’s not that I have suddenly turned into a saint, but my personal joy comes from being able to help others. On most occasions there has appeared to be no personal benefit whatsoever, but in many cases good things have happened many months later, because of my actions. In recent weeks that situation has become amplified with so many positive things happening because of things I have done years ago, including this site being mentioned in a national newspaper!

There have been times when I struggled to see anything positive in my personal situation but I have been extremely lucky to have had more time than any of the professionals could envisage, which has helped me turn this part of my life around. It has definitely taken time, and all the lessons I have learned have helped me reach the stage I am at today. 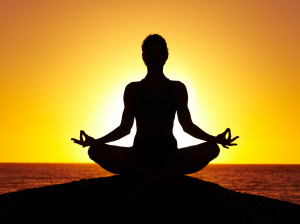 During my cancer work I meet incredible people every week, both patients and professionals, with no hierarchy and everyone doing their best to help people affected by cancer. Of course we all have different views of the same issues but I believe that it is mutually accepted that we will need to work together to help solve some of the major issues.

A funny example of Karma which helped convince me of it’s existence was a few years ago when my wife and I were at a wedding reception. Our car was parked in a narrow street and as she was reversing out of the space, drove into the side of a residents car! We then spent some time knocking on peoples doors to establish who owned it. We knocked on the door and the man was angry at being woken up, but remarkably calmed down when I explained what had happened and that we didn’t just want to drive off. We exchanged insurance details and left it at that. After two days our insurance company rang to say that he decided not to claim because of our actions!

When I talk to people, most complain about a shortage of time, which of course is only a perception, as we will all find time to do the things we really want to do. It seems there really is no shortcut to life, unless we invest we will get very little benefit. My reward comes from others and I know that it will not happen without giving time to people who deserve it. When you meet people for the first time you rarely know who they really are, and how important they could become in your life. Everyone we meet is a new experience, and I also know that they are not all positive!

Have you thought much about your own life? Do you believe in Karma? Do you have any examples like the one I have shared? As always I would love to hear your thoughts and experiences below.

# Cancer and Karma# Do you believe in Karma?# Investing time in people# Karma