This week has been an incredibly busy week on social-media for me. Last weeks post found it’s way to many lovely people out there who shared and shared, till I think at last count we had 31 re-tweets of one link alone! Although my work is cancer focused of course, I try to talk on subjects that will affect all of us at some stage.

Watching the news in recent weeks, I was shocked to see how physically isolated, a lot of our older generation has become. Nearly 1 in 5 older people are in contact with family, friends and neighbours less than once a week; and for 1in 10 it’s less than once a month. Half of all older people in the UK, about 5 million, say the television is their main company. This seems like it may be a cultural issue, with many older people preferring their independence, and not wishing to feel like they are a burden on their family. However that feeling of isolation, can be a very destructive force, first mentally and then eventually physically.

I have chosen to talk about the feeling of isolation today as I feel that it is one of the major side effects of a cancer diagnosis, and one that unfortunately is very difficult to deal with. The first major hurdle is actually recognising the problem. Then an even bigger issue is acceptance. If you have never had those feelings it will be very difficult to understand, how someone can feel isolated, particularly when they are continually surrounded by family and friends, which many of us are. 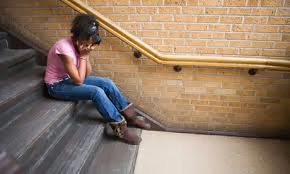 During my frequent meetings, with people affected by cancer, I am continually shocked, how I have to actually ask people if they feel isolated. It is something I have encountered, that affects almost everyone I talk to. However, many people feel awkward about mentioning it. I have also found it is a subject that is hardly ever discussed between partners. The main reason I have discovered for this, is the fear that the other person will not understand.

This is yet another side effect, that is rarely talked about openly. Doctors don’t ask, and patients don’t mention it. Something else to make the situation more complicated! Every diagnosis of cancer is unique, and will affect everyone differently. That is why there is not one single answer to this. But in most cases, it is not about taking more drugs or seeing a counsellor, which tend to be the common alternatives, if you mention that you feel differently, either psychologically or emotionally.

My feeling is that unfortunately, we are all seen as our disease, and not necessarily as a ‘person.’ When we see our clinicians, rarely are they able to see beyond what is wrong with us, into our life, and the part we play in society. A father, a husband, an entrepreneur etc. None of that rarely comes into the picture. This is where I feel we need a much more holistic approach to treatment.

There are signs that at last these issues are being recognised, with the introduction of a Holistic Needs Assessment Tool, developed by Macmillan Cancer Support, but that is still at the ‘pilot’ stage. Also the very successful #notalone campaign, which is raising awareness of the isolation issue. But in my opinion, so much is still left unsaid to the patient.

I see a massive irony here too. Despite the fact that we are finding an increasing number of ways to communicate with each other, we are also struggling more, with the feeling of isolation. How crazy does that sound? This is not only true for people affected by cancer. I mentioned the example of older people earlier, but if you really think about it, there are times when we all struggle with those feelings. 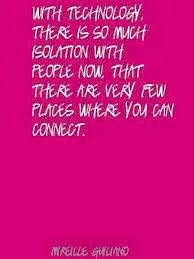 Whilst at school, or at work, or in a social gathering, we have all had times where we have felt isolated. Not physically, but mentally. Simply put, if we feel that we are different to other people in any way, we can feel isolated. Most of us are independent, and prefer not to look for help, we maybe see that as a sign of weakness? I’m quite possibly one of the worst examples of that!

For me, social-media has been one of the greatest tools to help with that feeling. Of course, I am the only one travelling my journey, but I am aided by others who have also travelled it, who are there for me when needed. There are no hidden agendas, and they ask for nothing in return. They just ‘get it!’ Unfortunately, many people who would also benefit, are as yet unable to sample the joys of the Internet, due to lack of knowledge, or affordable equipment.

In summary, the feeling of isolation after a cancer diagnosis is fairly normal, and is one of the main reason’s I started this blog. I can’t pretend to know the answer, but my offer for improvement is to make patients aware of it early on, so they don’t feel that they are the only people feeling like that, as many still are today!