This week I wanted to share the below piece which I read several weeks ago. It is written anonymously by a member of staff on an oncology ward. It helped me understand the cancer landscape from a very different perspective to my own!

“People assume that oncology is all doom, gloom and death. To be honest it can be, but thankfully not all of the time, or else nobody could cope with doing it. Cancer can be a disease of dreadful retrospectives – that lump that was looked at but not biopsied; that mole that was judged to be OK. These patients and their families are justifiably angry. Others have refused to see what was plainly staring them in the face.

For most of our patients the actual diagnosis of cancer has been given to them in another ward, and when they come to us they are pleased there are still options that can prolong their lives even if we cannot cure their illness. Surgery is usually restricted to relieving obstructions or draining fluids that cause discomfort.

What is most commonly used is chemotherapy in different forms, and radiation. The treatment that is chosen is the result of many tests and a lot of accumulated experience. Oncology is very much a team effort, with everybody working together.

Most people have little idea about the kind of discomfort that chemotherapy entails. Vomiting, endless nausea and a totally washed-out feeling associated with a really bad stomach bug is usually experienced during most chemotherapies. Depending on the type, it can also knock your immune system badly leading to life-threatening infections if you are unlucky. If there is hope for recovery at the end of treatment, it is easy to support the decision to go through with it. But it might only be possible to prolong life for a few months and if that entails such sickness and other side-effects the choice of what is the right thing to do is not so clear.

A big part of life on the oncology ward is pain relief. Sometimes people are admitted almost howling in pain.They have stayed at home, without much more than paracetamol, and at some point it becomes too much for both them and their family to handle. 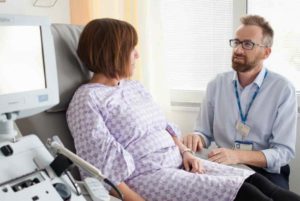 To be able to help them get control of their pain and regain their dignity is a very satisfying part of the job. People are worried about opioids and dependency, but what we usually see is that people take too little and too seldom.

Alternative therapies come and go: last year’s noni juice is replaced by this year’s crystal water. Usually these therapies are expensive and harmless, but sometimes people make choices that make you wonder. There was one patient on the ward who surrounded herself in crystals and was advised not to take painkillers as apparently they would be harmful for her. Naturally, as the disease progressed she was in agony, but she did not want to show she had no faith in the crystals her family spent huge sums of money to purchase. Her last few weeks were hell for both herself, the staff and those close to her.

I really despair whenever people come in to the ward and say: “I’ve done some research on this and this and this medication seems to be the best.” They have no idea of the amount of effort and hours involved in keeping up with what is the most cutting edge and promising treatment. 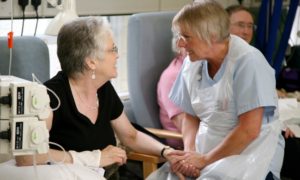 People would not dream of showing YouTube videos to the garage when they take their car in for repairs, but have no qualms about presenting their doctor with articles printed off the internet. It can take a very long time to try to explain that something that worked on one person and two sets of mice might not help their loved one. It would be good if people could trust the people who have devoted their lives to knowing what might work best.

At the end of life we lose our sense of hunger and thirst, and this usually sends visiting relatives into a total frenzy. They see the patient getting thinner and thinner, and believe they are starving to death. To try to explain that it is the cancer that is eating away at them and force feeding is not helpful can be very hard. This is especially trying when relatives have not been part of the process but come in at a late stage. Sometimes I believe that all of the stubbornness from childhood returns as they brazenly declare what mother would and would not like to do. It does not matter if all natural functions have shut down, as long as there is a bag of saline they feel that something is being done.

Despite all the negative aspects of the job, some people come in at death’s door and walk out with the possibility of living to 100. The advances in treatments have given more years to many, but to some there is possibility of life where there would be no hope just a few years ago. This is what creates optimism on the ward, the balance that is necessary to keep on working here.

I try not to take the job home with me, but sometimes it can be hard not to. Especially at times when we have had many deaths, and the local paper is filled with notices naming people I spoke to only recently. Talking to patients and their relatives when there is bad news is definitely the worst part of the job. You cannot comfort people like you would a friend, and it can be really hard to know what to say.

That said, talking about death has become more acceptable over the years, and I think it helps to put what everybody is feeling into words. Some patients share their worries about the actual process of dying: nobody wants to be in unbearable pain. We try to reassure people that usually things are quiet and peaceful, and that we’ll do everything possible to relieve any discomfort.

The best part of the job is when things go well and the treatment is working. To see a tumour shrink away, and disappear, then meet a patient five years later who is healthy, and getting on with their life is a wonderful feeling. We follow people through some of the most painful and intimate moments of their lives. The losses casts a shadow on our days, but the wins give the entire ward a sense of pride and joy.”