When I was originally diagnosed back in 2007, my mind initially turned to finances and work. It wasn’t the disease that frightened me, but the fear of not being able to provide for my family. Of course we have got by since then, but not without much stress and worry over a long period. I have talked about the cost of serious illness frequently, and not just in financial terms, but the below piece from Sacha shows us in very graphic terms the impact her son’s terrible illness had on her family and friends.

“The conversation with my closest girlfriend 8 years ago is still crystal clear, after my husband and I had finally got home after six weeks on the Children’s Neurosurgical Ward at superb Southampton General Hospital with our eldest son DD. That six week period had contained two massive brain surgeries, an aggressive cancer diagnosis, post-operative meningitis and planning for 15 months of combined intensive chemotherapy and radiotherapy. My girlfriend said, “Have you thought what you’re going to do about money? I mean even the parking is a fortune, let alone the petrol all that way.”

I was in succession shocked, embarrassed, furious and then the penny dropped: she was right. What were we going to do? I didn’t want to think about horrible money, I just wanted to focus on getting our beloved child through this appalling, life-saving treatment. 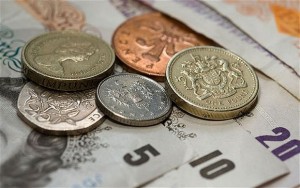 However if we ran into debt I could see our already stratospheric stress levels go critical. We had two other children, we were both self-employed musicians (mostly – I also write, do garden consultations and cook on occasion) with no job security whatsoever.  I stammered and basically tried to avoid replying because I had no idea what we were going to do. No sleep means appalling decision making and adrenaline and cortisol add to the havoc.

Fast forward 8 years and the devastation in all areas of our lives is clear – emotional, physical, mental and financial. Our son was one of the unlucky 25% that do not survive his type of brain tumour. I had no idea prior to our experience that brain tumours are the biggest cancer killer in children and young people under 40. In financial terms the life insurance related to our mortgage covers critical illness in children but it was only enough to cover around a year of costs alongside the state’s full carer’s allowance but DD’s illness went on for 5 years. Furthermore because of complications arising from his late diagnosis, DD’s periods of remission were ruined by continual bouts of extra brain surgery. This meant our capacity to work during those entire five years was extremely difficult. Nor is there an equivalent of widow’s pension when you lose a child. You hardly wish to offer your services when you cannot predict when you’re next going to be in hospital and your mind is completely elsewhere or you’re struggling to function through grief. In fact my husband actually lost his main job in the months running up to DD’s death during London 2012. He was not alone in this – I met other parents this had happened to. And yet I would say that the teaching, campaigning and writing work I did manage to do saved my life in terms of my own mental health.

The physical effects of such emotional stress are shocking. It had been my husband I ended up calling an ambulance for at 2am a year into DD’s chemotherapy protocol. He had stopped breathing and had gone blue. 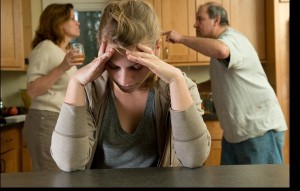 The consultant at A&E diagnosed with what is commonly called ‘hysterical asthma’ where stress has caused the patient’s throat to shut. He was fine once he understood that even if he passed out, his throat would then relax and he’d be okay. But I consider us lucky. There was a Mum on the children’s cancer ward with cancer herself, one I met had recently been diagnosed with Multiple Sclerosis in her early forties and her husband had recently left and another, a single Mum, was running between a local hospital’s acute heart ward for her elderly Mum whilst her teenager underwent cancer treatment at Southampton. Parents were regularly hauled off to A&E having collapsed. Marriages broke down; I heard of suicidal siblings. And yet there is no organised psychological support in place for families and carers. You have to know where to find it.

Charities are now trying to fund networks of practical and emotional support for families during and after treatment or a death during the struggle to regain anything like a ‘normal’ life – the fight for the ‘new normal’. It’s made difficult as a carer/parent by how hard it is to ask for help. Don’t ask me why but we all seemed to think, as Mums, we should be able to do a better job coping! But why on earth would you be able to cope well with such a barrage of problems? And once one big thing goes wrong, it’s amazing how all the little things start to go wrong and pile up.

So when AXA PPP healthcare offered me this opportunity to raise awareness about the problems facing parents/carers, it was a suggestion I was determined not to turn down. As I say, we were lucky: our family, friends and community formed a consortium to financially (and emotionally) support us all those years but I worry about people who have moved to a new area and don’t know anyone or with no family to speak of. My best advice if you know a family like mine is to check they do know where they can find practical support with the charities and offer help where a simple yes/no is the answer and always to take any pressure off the offer.”

I would like to thank Sacha for sharing her incredibly moving insight into these unique issues. By sharing, we can all learn something and, our experiences can be used positively to help others, and I wish you and your family well as you try to deal with ‘the new normal.’