Well, my previous post, where I was discussing the issues of survivorship, has become the most read, of all my pieces. It has provoked so much discussion throughout social media, which is very pleasing. Through this blog, I try and publicise issues, that people may find difficult to talk about. Also, our healthcare providers tend to ignore them, as there is not really a positive solution.

I speak from my experiences as a current patient who is having treatment and spending a lot of time in the system. My pieces are up to date and based on what is actually happening. You may be reading plenty of reports from different areas, but I can tell you exactly what is happening now.

My subject this week is about the contrasting ways which people deal with their cancer. This has come about, as for the first time in at least 3 years, I am physically able to go abroad for a week. (Whoopy!!) But I am struggling to get up to date with my writing and phone calls before I go. I also have several high profile events that I can’t attend, as I will be away!

Since my illness, I have given over my time to raising awareness of the issues faced by people affected by cancer. This is all tumour types, not just my own. I have seen so many problems in these areas, that I thought I might try and frustrate myself further, by trying to solve some!! 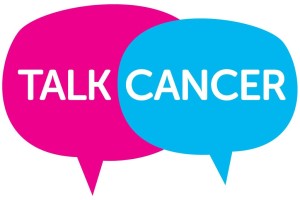 Although, when I was diagnosed, I had decided that I wasn’t going to be dictated to by cancer, and become a victim of it. However It does now dominate my life. Not from fear, but as an adversary. I know that I am unable to change my own situation, but I am determined to try and help others, deal with their lives, so that cancer doesn’t wreak so much havoc.

I have chosen to immerse myself in this world, and people often ask me if I would be better doing something that didn’t involve cancer. My problem is that I have had continual treatment, on and off for nearly 6 years, so my involvement is still there, whether I like it or not. So I would find it very difficult to actually switch off. As I have mentioned previously, there are times when being a cancer patient is a project in itself!

During my many hospital visits and numerous social media communications, I am very refreshed, by so many people, that barely mention their disease. As best they can, they have tried to claw their life back from the jaws of cancer.A proportion have been able to return to some form of working life, others have been taken to the bosom of their family, and are enjoying some quality time with their children/grandchildren. 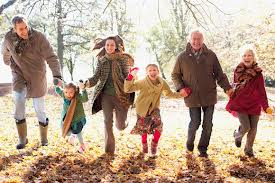 Despite suffering with side effects of treatment, they are doing their best to recreate their old life. They seem genuinely shocked, that I spend most of my spare time, either talking or writing about cancer and fundraising. Obviously,I have learned so much about it, that I can now hold reasonable conversations with physicians, but they say that, “a little knowledge is a dangerous thing,” and in this instance there is an element of truth.

I notice a certain amount of ‘innocence’ amongst the people I know, that have chosen to ‘move on,’ with their life. In their conversations, the subject of cancer, rarely rears it’s head, and actually I feel guilty, when asked about my own situation, as I know that it will prompt a conversation that they may not want.In some respects I am quite envious of this style of coping. Outwardly, there is no sign that cancer had been a part of their life. Although I am very aware that the situation is not the same mentally, as everyone will carry those scars forever.

My style, has always been to face a problem full on, which I feel I have done with my own issues, but something has directed me to the path that I have chosen. I very much enjoy what I do, although it can be all consuming at times, but I have become more disciplined with my time now. I guess for me it is about the challenges around cancer, and to see if, in my limited time, I can improve things, for others!

How do you deal with your cancer? Have you tried to put it to the back of your mind? Or do you throw yourself into helping others? Maybe you just want to move on, like a majority of people?