As I have mentioned in previous posts, there is no shortage of subject matter to write about, but this week, one subject has stood head and shoulders above the others, as it seems to have been talked about in the media, on most days recently. This has obviously prompted social conversations, of which I have had many. All relating to getting older.

My most meaningful, was over dinner one evening with some very close friends (you know who you are!) We have all been friends for in excess of 20 years and some we have known for 30. One person mentioned that considering everything I had been through, they felt that I had aged the least. To be fair I think there were also some old age sight issues going on too!

I said, that despite my health, I was quite enjoying getting old, watching my kids grow up, getting rid of my debts, and enjoying some of the more simple things of life. I wasn’t bothered by the ageing process as I had got used to the constant changes in my body from my treatment. I also said that it was part of a natural process, that we age and die. Well that conversation certainly opened a can of worms!!

It seemed that generally, people could see their appearance changing, bits gradually going south, weight increasing, hair loss occurring, wrinkles appearing etc and didn’t like that idea at all.But the biggest thing that came out of our discussion was work. We have all experienced the work place at 50, and most round the table had been involved in looking for work after this age. Everyone was angry that they found job hunting, even at 50, a massive struggle. It was a major battle, to get beyond the application form stage.

Just from this small sample, it is obvious that we are going to have problems with a continually ageing population. Most people will have to work on until state pension age, but where will the jobs be? If 50 year olds are struggling to find work, imagine if you were 60!! My opinion is that we are turning into a very ageist society.

As I was digesting our dinner conversation, (no pun intended) my thoughts turned to some recent reports that I had read, about the health of our older population and what we were doing to improve things. Well it seems, not a lot. In fact the picture seems to be looking worse!! 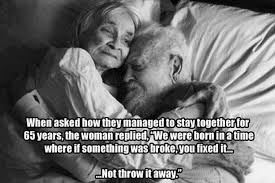 The number of older people living with cancer will more than treble by 2040, say experts, who warn of a “ticking time bomb” for society if the NHS and social care systems are not geared up to help them in time.
Macmillan Cancer Support says the number of over-65s who have received a cancer diagnosis will go up from 1.3 million in 2010 to 4.1 million in 2040.
Ciarán Devane, chief executive of Macmillan Cancer Support, said: “The care of older cancer patients is the ticking time bomb for society.
“These stark predictions should act as a warning to the NHS and social care providers of the problems ahead if older cancer patients are not offered the best treatment and support.
“We have a moral duty to give people the best chance of beating cancer, regardless of their age. For cancer survival to improve, older people must be given the right treatment at the correct level of intensity, together with the practical support to enable them to take it up.
“The barriers to older people getting treatment must be tackled. If we don’t get this right now, many older people will be dying unnecessarily from cancer in the future,” he said.
A Department of Health spokesperson said: “It’s good news that improvements in cancer treatment mean more people are surviving after cancer.
“We know more can be done to improve cancer care for older people, which is why we are working with Macmillan Cancer Support and Age UK on a £1m programme to ensure that older people’s needs are properly assessed and met.
“From 1 October 2012, it will be unlawful to discriminate in health and social care on the basis of age. Adults of all ages will benefit from better access to services, and for the first time people will have a legal right to redress from the courts if they are unjustifiably discriminated against because of their age.” 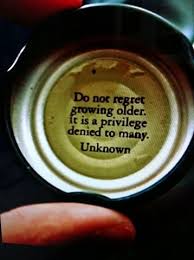 It certainly is great news that we are living longer, but we also need to look closely at the options for elderly people, particularly, those living with, or recovering from a long term disease. Not everyone will be fit enough to work on till they are 70, so what will the rest of us be doing?

I also read another depressing story from a carer, who was looking after the elderly. Link below.
http://www.dailymail.co.uk/news/article-2210268/Uncaring-Britain-One-despairing-care-workers-account-countrys-shameful-neglect-elderly.html

Is this really part of the system that is designed to care for us in our later years? Box ticking, and form filling,being bound up in red tape, with little focus on the patients needs. Maybe my friends are right and old age is something to be feared? That certainly wasn’t the retirement dream I was sold!

How do you feel about old age? Are you able to grow old gracefully?