I had already formed in my mind this weeks piece, until I read a Facebook post from this incredible lady. It moved me so much, as I know her well through the online ‘Cancer Community,’ and could really feel the positivity coming from that post! Like many of us, Soraya has had some incredibly tough times, many recently, but I was thrilled to see that she had found a positive focus and was delighted when she agreed to share her story through this site. As I have mentioned numerous times, each age group has its unique problems when dealing with cancer, and this story is yet another of a young life interrupted far too early by the disease. As we all know, there are no rule books and we have to find our own way through the seemingly never ending fog that makes everything seem so tough.

One of the few positive things I found since I was enrolled into the ‘Cancer Community’ is the people I have met, either personally or online. They have been a great source of encouragement and strength for my own journey. Soraya is certainly one of those people, who probably doesn’t even realise the incredible beacon she is for others!

“I was diagnosed with breast cancer almost 7 and a half years ago, when I was 29. The doctors threw all the treatment they possibly could at it, but the day before my 32nd birthday I found out it was back again, and was now incurable. Needless to say, my husband and I were devastated. I’ve had two further recurrences since then and have been on almost continuous chemotherapy for over 5 years.

Those first couple of years after the incurable diagnosis were, at times, incredibly dark. I felt so alone, frightened and angry that all my hopes and dreams for the future had been so cruelly sabotaged. It felt very unfair, and I suddenly felt very out of step with those around me, who were all getting on with their lives while I was stuck in this living hell of fear and pain and uncertainty.

It was only after my friend Lesley and I got involved with setting up our own local branch of Shine Cancer Support that I started to see things differently.

I went from knowing nobody anywhere near my age going through anything similar, to having dozens of new friends who all understood first-hand the havoc cancer wreaks on your life. All of a sudden, I had context. It wasn’t just me after all, being ‘persecuted’ by some malevolent force of the universe. On the contrary, there were lots of people out there, and practically on my doorstep! who were having to deal with cancer too. And I came to realise that no one story was worse or tougher than any other.

I stopped feeling so sorry for myself, and felt strengthened and empowered by the sense of solidarity we shared. I wasn’t on this journey alone anymore, I was part of a team now and we were going to get over the hurdles together. 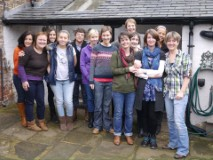 Shine came to be a powerfully positive force in my life, and working on things like promotion and events gave me back the confidence and self-esteem that cancer had stolen from me (along with my job in Education).

But over two years down the line from launching our North East group, we have said goodbye to many friends who, all too briefly, lit up our lives with their humour, dignity, courage and honesty in the face of terrible grief and loss. It has been, at times, unbearably sad, and completely overwhelming.

I’m sure that anyone living with an incurable diagnosis will tell you they are well acquainted with the grim reaper. He stalked me malevolently for a long time but for now we have an uneasy truce. I accept that death is a part of life. His presence no longer suffocates me, but instead reminds me to enjoy each day that I’m well, to keep reaching out for new experiences and new connections.

Deciding to create a team for the Race for Life – something I’ve never done before (I’m actually renowned for my aversion to exercise!) – felt like a positive way to bring people together, raise awareness that TOO MANY PEOPLE ARE STILL DYING FROM CANCER, remember the loved ones I’ve lost, raise money for Cancer Research and give myself a goal to aim for and something to look forward to during the coming months of uncertainty (I’m currently waiting to find out if my latest chemo is working. If it isn’t?  . . . well, we’ll cross that bridge when we come to it.)

I think I also feel a responsibility to stay strong, and show others with cancer that it is possible to rebuild life after a  diagnosis. It won’t be quite the same life, granted, but there are still things worth living for, like love and friendship and laughter, and being part of a team :)”

Soraya’s story demonstrates well, the highs and lows that people face when dealing with cancer, at times it can feel like a never ending cycle, but I am delighted she has reached a real positive part. I would like to thank Soraya for sharing her incredibly powerful story with us, to highlight some of the more positive aspects of living with cancer, and wish her well with her future challenges. There is plenty here for us all to learn from, and this once again shows the benefits of sharing our experiences. If you would like to support Soraya and her team please click here. 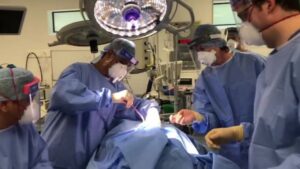 The View From A Cancer Surgeon! 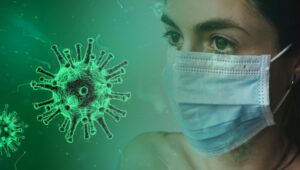 The Realities Of Cancer In The UK 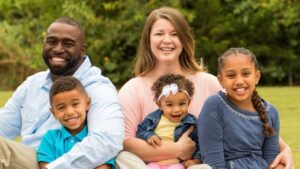 Children Get Cancer Too! 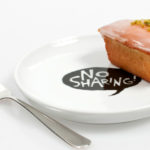