Well, one thing is for sure, and that is my new life is never boring! If my old life had gone to plan, I would be retired now, looking for something to fill up my time. We were going to do a lot of travelling, and discover new things. Well, I haven’t really succeeded with the travelling, but I have certainly discovered many new things that fill up my time!

With cancer as your life partner, anything can happen, so making too many plans is not really easy. In my own instance, I have had pretty much continual treatment for nearly seven years, some routine, and some urgently required, and it has been very difficult to know from day to day, what to expect with my health. Even making social plans is difficult, as anything can happen quickly.

But in recent weeks I have managed to find some ironic smiles in my story, which I guess is a testament to the progress that is being made with the treatment of blood cancers. When given my initial prognosis, I was told to prepare for the worst. Ensure that my affairs were in order, and catch up with my friends and family. To a healthy person of fifty one, you can understand the shock that would have been.

Everything then became about the short term. We never started to look beyond a few weeks. Even with all my treatment, the disease is still incurable, but after some very tough times both physically and mentally, seven years have now elapsed, since we had those initial conversations. There have been times that I never thought I would make it. My body appeared to have had enough, but miraculously we turned the corner, each time.

My recent course of treatment will be slowly reduced after nearly 3 years, wow! It is possible that by the end of the year, I may well be off all medication for the first time since this started. But with either more rejection issues or possible relapse, waiting round the corner, you can see the dilemma. Where do I go from here?

This issue is a common one for most people affected by cancer. The timings may be different, but the principles are the same, living with that constant uncertainty. Of course you have to make some form of a plan, or nothing good would happen. But it is difficult, I have to say. One of the jokes that you often hear about cancer, is the one where the person is told they don’t have long to live. They go crazy with their money, to then be told, that they have recovered, and will live a normal life!

I was reminded of this by my friend who does all of my financial work. As I seem to be rapidly closing in on the age of 60, we were talking about financial arrangements for my old age! Something neither of us thought we would ever be discussing. We were both laughing, as he admitted he thought it would only be an insurance for my family. Neither of us imagined having to deal with this side of things. 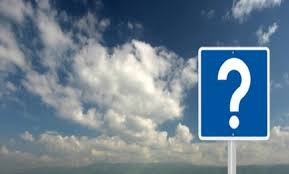 Should I be thinking about fast cars and world cruises, because I’m not? I’m still looking at things from week to week. Something tells me that my mind will no longer allow me to think in a different way any more. Much as I would love to believe, that I can go and sit under a palm tree for a few months, it just isn’t going to happen!

I really understand how lucky I have been, and have certainly had my share of tough times, but I have also been able to have some wonderful times, which I never thought I would see. My work in cancer support is now well established, and I am as busy as I want to be. I am also able to spend some quality time, with my family, and am enjoying watching my grandchildren grow up. If I include my treatment time, my weeks are filled quickly now.

Of course, no one knows what is in store for them, even people in good health, so maybe our future is some sort of perception, viewed differently by everyone. Before my introduction to cancer, I really did believe, that I was going to enjoy my retirement in both financial and physical good health. Now I don’t know what to think. One blood test can change everything!

As I have mentioned frequently, the physical issues of cancer are important of course, but if you are lucky enough to get to remission, this is where a lot of different problems will start. This side of things is very understated, and the long term psychological scars will be hard to hide. Life is a rollercoaster, but with cancer as a companion, hold on tight!

# life after cancer# life before cancer# uncertainty of cancer