As many of you know, I have frequently talked about my disgust for the incredible amount of politics that are involved in the cancer world. Political games played by organisations that impact on people’s lives. The more insight I get the more it greatly disturbs me. Many people affected by cancer, trusting organisations to help them when they are vulnerable, little understanding they are just a pawn in a very big and financially lucrative business! From a game of political football by our politicians, to emotive adverts everywhere we turn. Everyone telling us they are there to help, but the practical help provided is just not at all relative to the money invested/donated.

So much money that the cancer world receives gets lost in politics. 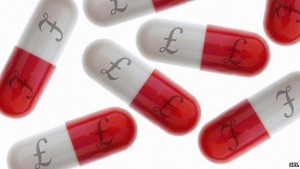 Drug companies, healthcare, politicians, all fighting for a slice of the ‘cancer cake.’ Using the disease as and when it suits them to make political decisions without really considering the needs of the patients. Many organisations scoring points off each other with increasingly powerful advertisements to persuade us to give them more money. Asking us to support their endless stream of fundraising campaigns, but having little regard to support the individual who may ask something of THEM.

All of these including politicians, are now so far away from the people they purport to support. There is very little understanding of the impact of cancer, and what people actually require, yet so many organisations talking about how they help people. However I am not seeing it, although I certainly hear a lot!

The incredibly sad story I am featuring this week is a prime example of what is happening daily. Politicians at a whim have decided to discontinue certain treatments for this disease. There are many people in this particular community affected but because it is a rare disease, are struggling to get their voice heard. Many healthcare charities find it too difficult to even share a petition which has been started to challenge the Government. This is an issue for all people affected by cancer, so why when these things happen is there no cross organisation support?

People worrying if they share something on their social media, is it politically correct? “It’s not really our fight” is the general impression I get from this, so much safer to plug having fun and raising money. Of course there are impactful campaigns being run but so much duplication, therefore wasted resource in the name of brand ego.

How could I not help these ladies and others in this terrible position. We all have a duty to help where we can, because we may need the same one day. Cancer should unite us all not highlight the incredible division there is in reality!!

‘Sandra and Harriet, 2 women thrown together by a common cause. We have never met, but are fighting the same battle with the NHS. Harriet and I suffer from Waldenstrom Macroglobulinemia, a rare blood cancer that we’ve had for many years – Harriet was diagnosed in 1999 and myself, Sandra in 2001.

After many years on watch and wait, treatment became necessary, for me in 2010 and chemo began. This was successful and gave a few years treatment free. 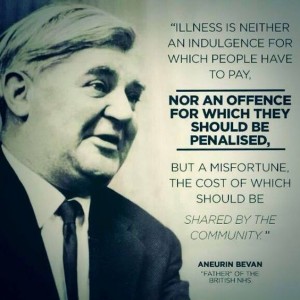 We were able to put the disease to the back of our minds and live our lives during that time, something we’d like to be able to do now! This year the disease relapsed and we both needed more treatment, several months of chemo followed and slowly blood counts improved. Following that, we were both advised that the best chance of giving us a longer remission would be a stem cell transplant. A higher dose chemo followed and the stem cells were harvested in the summer.

These stem cells are now in storage, but the NHS have put a ban on stem cell transplants for our disease, as they have been told by the high court that they have to fund PrEP, a preventative HIV drug. In the meantime we are left hanging, with treatment on hold whilst the NHS appeal this decision. What our disease has to do with PrEP, well who knows.

How do we feel? Let down, angry, frightened, flabbergasted to name but a few emotions. The NHS have made a totally unethical decision. How can you stop treatment midway? I (Sandra) first discussed this transplant with my consultant in November and was booked in to have it after my 6 months of chemo – 17th August was the date. However, this NHS was decision was made on 2nd of August, just 15 days before my admittance date and so the date was cancelled.

The whole thing has been very emotional and the last couple of weeks have been totally overwhelming. Newspaper articles have been written, there was a TV appearance on the local news, letters written to MPs, to NHS England and to UCLH – all very time consuming. The support has been amazing and everyone is totally horrified by the NHS’s attitude. Anyway, to try to make the government take notice we started an on-line petition that currently stands at 8761 signatures, please sign and share if you can, the more the merrier.’

Thanks for reading, Sandra Redshaw and Harriet Scorer