One of the great benefits of social media, is that that you can see a lot of up to date information quickly. With Twitter and this blog, I am in contact with people around the world, not just involving blood cancers, and stem-cell transplants, but many others too. I enjoy keeping up with other aspects that I may not be quite so familiar with.

Over time, it seems that I have connected with a lot of people affected by bowel cancer, and I am benefiting from their knowledge and support. Just over a week ago, my Twitter time line went crazy with a new campaign, #never2young. It was raising awareness about early diagnosis in young people. Bowel,is the 2nd biggest cancer killer in the UK, and like many, it is treatable, if caught earlier.

Raising awareness is a passion of mine, so I started re tweeting etc, and I received a massive response from around the world. People wanted to know more! With the campaign building, and Bowel Cancer Awareness month approaching, I asked Hayley, who appears in the below video, if she would like to share her story with my readers.

It is an incredibly moving, personal story, and I am extremely grateful to Hayley and her family for letting me share it with you.

“My journey with bowel cancer first started in June 2011, 6 months before I was even diagnosed. I was 23 weeks pregnant at the time, in the middle of one night, all of a sudden I awoke with an excruciating pain in my left side. I was unable to walk properly and was very uncomfortable. My husband, Paul, called the out of hours doctor. I was told to attend the surgery at 3am. The doctor felt around my abdomen, listened to our baby’s heartbeat and all appeared normal. The doctor diagnosed me with round ligament pain. I went home, rested and felt a lot better the next morning, and so thought nothing more of it.

At 27 weeks pregnant, I was rushed into hospital as our baby had stopped moving. After a couple of hours of scans and traces, the obstetrician decided the best course of action was to deliver our baby, 13 weeks premature. Out baby was born on 24th July 2011, named Autumn. Autumn was only the size of a 23 week old baby, she’d stopped growing at the same time I’d had a pain in my abdomen. Two weeks after the birth of our little girl, the terrible pain came back in the same place and I went to see a midwife about it. We could both feel a palpable lump, I was told this is probably due to just giving birth, or a possible bowel infection. I was given antibiotics and the pain went away again. Our little girl survived for 4 weeks, she was incredibly brave, she passed away peacefully in our arms after a second operation on her under developed small bowel to rectify a blood clot. It was and still remains, the worst day of our lives.

Mid December came and I was feeling very low, depressed and exhausted. All of this, I put down to depression. The pain in my side came back and when I pressed on it the lump felt bigger and really hurt. The abdominal pain increased and I was vomiting and having loose bowels, I went to the GP and she could feel the lump in my side. The GP could see I was severely dehydrated so I was sent to the hospital to be put on a drip with suspected diverticulitis or Crohn’s disease. After a ultrasound and CT scan, it was discovered that I had a thickening of the bowel lining. The surgical team came to my room and broke the news that they’d have to operate the next day as it was suspected tumour in my bowel. I couldn’t believe this. I asked the surgeon whether this was the reason our daughter was premature, he said that was almost definitely the case. I couldn’t believe my body had let me and my daughter down so badly.

Luckily, I was able to have IVF treatment before I started my treatment and a few weeks after my operation. Radiotherapy and chemotherapy can make a person infertile so I’m very grateful we have nine embryos frozen!

I had three months of chemotherapy, which was six sessions every two weeks, then I had twenty five sessions of radiotherapy (five days a week for five weeks) then another three months of chemotherapy every two weeks, so another six sessions. The treatment was very aggressive. I was very sick on the chemo, and I was allergic to one of the chemo drugs, so I had to take a lot of antihistamines to get me through it. I did complete all sessions in October last year and after a CT scan was declared free of cancer!

I’m very lucky to be cancer free, at the time of diagnosis, I was 32 years old and a stage 3 bowel cancer patient. It’s quite rare, but not unheard of for someone of my age to be diagnosed with bowel cancer. I am currently involved with Bowel Cancer UK’s ‘Never Too Young’ campaign. I feel so strongly that many young people aren’t being diagnosed early enough, we need to change this!”


If you would like to hear more from Hayley, you can find her on her ownblog 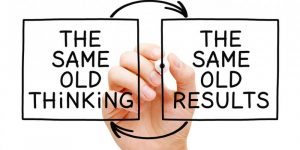 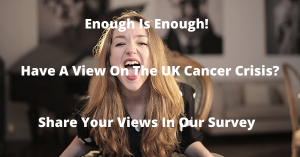