It seems that whenever the word cancer is mentioned it triggers so much negative stuff, and three of the most popular words used are misery, tragedy and death. Is it any wonder that we are scared of what may lie in front of us or our loved ones, when we hear these words? But fear itself can be so destructive, and can actually inhibit our possible recovery. Even if we are aware of these facts how do we stop that emotion impacting on our health? It feels like a double whammy, not only getting diagnosed with cancer but then suffering with the emotional side and the effects of fear.

This week’s post is prompted by two very different communications I have had recently. The first was with a friend of mine in America, ( Rick Boulay) who is an oncologist and sent me a copy of a recent presentation he did, talking about how the emotion of fear can in fact inhibit our recovery 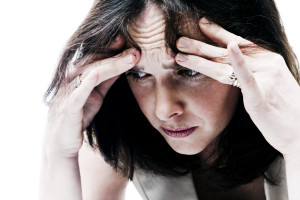 This is something I have always been aware of, but when I listened to the presentation there was such clear medical evidence as to why this is so, and it felt very credible coming from a senior clinician in this way. But secondly and probably more impactful, I met a man who had been diagnosed with prostate cancer, had surgery and been given the ‘all clear,’ but psychologically felt unable to resume his life. He had taken to drinking and did not feel able to return to work and was slipping into a downward spiral.

My work involves raising awareness and improving support around the psychological and emotional issues of cancer. In my personal experience many of us may suffer more mentally than we do physically, as the emotional scars can take longer to heal than any physical ones. Not just the people who are directly affected by cancer but loved ones friends and relatives also. During my eight years as a patient, I have seen many people at various stages of their journey, but rarely can I say that cancer has not changed them. Most, including myself are very different people now, many living from blood test to blood test or appointment to appointment.

Some of us are lucky to have got to remission, but that of course is far from the end of the story. The ‘fear’ we have developed will never leave us, and in many cases keep eating away at us, doing more longer term damage than the disease itself. I wondered if it was possible to be a Cancer Phobic (Carcinophobia) and apparently it is! These days we talk so much about cancer and it’s effects that I wonder if we are creating an extra element of fear for many?

When I was diagnosed I was immediately gripped by fear, not just about my disease, but about my work and life. I had been told the worst scenario, but what frightened me most was entering a new stage of my life where I was no longer in control, and waiting to see what nature decided was my fate, knowing that there was very little I could do to influence the outcome. I have spent the last eight years living that way, and although I am used to it, it most definitely has not become easier.

Living with constant uncertainty is very unsettling, and when you are used to having regular setbacks it becomes difficult to exist without an element of fear in your life.But reality tells us that much of what we imagine will never actually occur, and in many cases things will never be as bad as we think they might. But how do you control such a destructive emotion? Possibly one of the most famous quotes of all time about fear is this one from Franklin D Roosevelt, which describes things quite nicely!  “The only thing we have to fear is fear it’self – nameless, unreasoning, unjustified, terror which paralyzes needed efforts to convert retreat into advance.”

That quote tells us how the emotion of fear stops us from doing what we really need to protect ourselves, and this can certainly be the case in the cancer world. It becomes very difficult not to focus on what MAY happen and concentrate on what actually is happening! 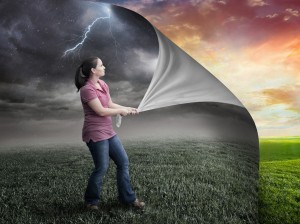 These days many more cancers are treatable and in a lot of cases curable, and there are certainly more people surviving cancer than there were, so there should be an opportunity for optimism, but I don’t imagine when facing a cancer diagnosis too many people would be feeling optimistic.

Since my own journey started I am no longer frightened of cancer and it’s associated treatments, because I have had almost every treatment known to man, and days that I thought I would never wake up, yet amazingly I am still here! I have faced up to my own mortality which it was felt would have been a few years ago now. Cancer has empowered me in many ways, and removed so much fear from my life. But it has also taken most of the things that I previously enjoyed, which I guess is the trade off we seem to always have. My concern is how I will cope in survivorship, without much of  what I had previously taken for granted, that my body can no longer provide. So far I am getting by, but my choices are few, and much of what happens is now out of my hands.

Can we control our emotions, very rarely I suggest, and fear is one that seems to affect us all differently. Some show physical signs of stress and others don’t, but what we do know is that our health will suffer because of it. If you add to the fact that you are dealing with cancer and all associated with it you can understand how unhelpful this emotion can be. I think it will be many years yet before we will feel anything positive once the word cancer is mentioned!

Where and how has fear entered into your life? Do you believe you are not affected by it? What are you frightened of most? As always please feel free to add your voice to this and share your experiences with the readers, as we all continue to learn from each other!

# fear# Fear of cancer# feeling frightened# the impact of fear