Much as we try to deal with one thing at a time, quite frequently life throws us a curved ball! We have never seen anything as destructive as Covid19. It has totally changed our lives and way of living forever. Nothing will be the same again. But for some of the fallout I was prepared, from my original cancer diagnosis in 2007. I have had a lot of complex treatment since, and been in isolation many times.

Keeping out of the way of crowds has become my way of life. So when I was told that I should shield, we were ready. I am extremely lucky that my wife has been able to get our food, and we have a reasonable size garden to sit in. The biggest issue for me has been not being able to see my grandchildren face to face. I’m lucky, I have managed to stay out of trouble and will hopefully get out and about again soon.

But cancer is now my life’s work and I can already see the challenges building for us patients and healthcare as a whole. Many putting off going to GPs and hospital. Operations and treatment put on hold and many crucial trials cancelled or postponed. So if you have terminal cancer, what does life look like for you? In this piece Kit tells us how her life has been impacted.

“I’ve been shielding at home for 11 weeks and it really sucks. I’m 35 with terminal secondary breast cancer. I’m fit and work full time, but I’m having to work and exercise from home. Problem 1 is I don’t have a mansion – where am I supposed to work, exercise, eat and sleep in my terraced house while staying at least 3 steps away from my husband? Needless to say we agreed on day one he would also shield so we could fit in the house together!

Because I’m shielding I get priority access to supermarket delivery slots. Yay! Yet I don’t get priority access to good customer service. Oops! I’ve had orders where I’ve listed 60 things and got 30. I’ve had orders where I got someone else’s shopping. Whoever it was had a serious need for cling film and air freshener. I have no idea why and to be honest I don’t want to know! Unfortunately they hadn’t ordered much actual food. Due to shielding we couldn’t just hand the goods back as the driver delivered the goods and ran. Kindly the supermarket said we didn’t have to pay for our 5 rolls of cling film and 6 tubes of air freshener, but weren’t very sympathetic when I pointed out the nutritional value of cling film is limited. To be fair the air freshener stank enough that I didn’t want to eat after smelling it! My biggest win though was when a supermarket substituted our crumpets for hand sanitiser. It was the first pot I’d been able to get in a month! I am still intrigued by the logic behind that substitution!

The Government did well getting people on the shielding list access to food deliveries – eventually, but their communications have really let the side down.For example sending over a million people a nice reassuring text saying don’t panic but don’t go outside for 12 weeks. That blew a few minds! Not sending out messages to all, highlighting that you can actually go in the garden didn’t help. People are still being told now to shield, while others were told 10 weeks ago – just think NHS, if you collected detailed data on advanced cancer patients how much easier it might have been to track us down!

The worst thing about shielding is feeling like we’ve been forgotten. I did a mini survey of shielders from across the UK this week. 11 percent thought the Government has a plan to end shielding. 83 percent found the shielding guidance to be impractical and/or patronising. Over half of shielders wanted more information. Instead of meeting that need the Government barely mentions shielding groups in press briefings. When we are mentioned on documents we are often a single line at the bottom of the page.

Is it any surprise that only 14 percent of respondents definitely planned to keep fully following the guidance if shielding continues past June? Only 15 percent were happy to shield until a vaccine is found. 11 percent have already broken shielding. The Government needs to communicate a plan for shielding people. Otherwise rumours and stress will rule instead of common sense and staying alert.

I’m breaking shielding at the end of June if it is extended again. COVID19 is scary, but it’s just one of death’s minions stalking me. COVID19 might kill me directly, or indirectly as life extending cancer trials have been delayed, with at least one major cancer charity diverting resources and staff to COVID19 research. Even if I dodge the COVID19 minion stalking me, the cancer minion will catch me in the end. Statistics and my oncologist suggest it will get me before Christmas. I won’t spend the rest of my life waiting for a COVID19 cure or vaccine. I literally don’t have the time!

I would like to thank Kit for sharing her personal feelings with us. If you would like to connect up you will find her blog here and Twitter Please check out her recent appearance on BBC news below. Certainly an incredible lady! 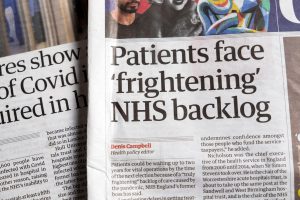 Is Cancer Care Worse Due To Covid? 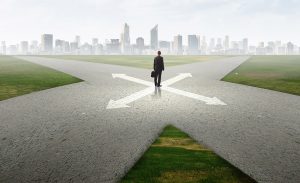 We Are Now At The Crossroads! 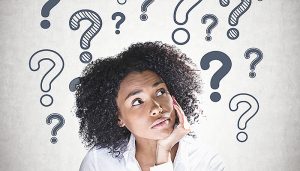 Can We Ever Solve Cancer?