For the first time since I started this blog, I thought I might be suffering ‘bloggers block.’ Not as painful as it sounds! Nothing had really grabbed my imagination, but then I received two ‘tweet pics’, from people who are going through transplant, and bumped into a lady in clinic who I hadn’t seen for ages.

I struggled to recognise any of them. With a combination of the drugs and treatment, they were going through, their physical appearance had changed dramatically. All three had lost their hair and a lot of weight.Despite my own personal experiences, and knowledge, I am always shocked to see the effects of that on the body.

Changing appearances, is a common issue for people with long term illness, and I had written the below piece last year. With what I have seen this week, I felt that it would be appropriate, to re post it now. 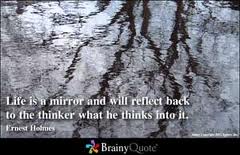 I  have been talking to a lady, who has been suffering from a disease very similar to my own.Until her diagnosis she enjoyed a very normal life. Now, her life has been turned upside down. I have got to know her, as she was introduced to me, because she wasn’t sure if she would have a stem cell transplant, and wanted to talk to me about some of the possible side effects, and how life might be for her afterwards.

One of the things that was important to both of us, was nice holidays. She told me that she was very proud of her figure, and that she couldn’t wait till her summer holidays came, and she could wear her bikini.She always looked after herself, and her appearance is very important to her.I did explain that the transplant regime would be tough from that perspective.She decided to proceed with the transplant, as in honesty, there was no other realistic option.

We both agreed that it would be one of our ambitions, once all this tough stuff is done, to go on a lovely warm, luxury holiday. I have only been able to go away to foreign climes for one week, in the last five years, so I am looking forward to it too! When we spoke yesterday, she was in hospital, suffering from GVHD of the gut, being unable to keep any food in her system. Her hair is starting to grow back, but she has lost a stone in weight. She is now on a high dose steroid regime of treatment. Again, we talked about holidays, and appearance, during treatment.

One major side effect of cancer and it’s treatment, is the possibility of your physical appearance changing. At times, those changes can be quite dramatic. These can certainly have a long lasting effect on you both psychologically and emotionally. If this happens it can also affect your libido, which can create relationship problems.Obviously, where surgery is involved those changes are permanent.
Like most people, I was aware of my own appearance before illness, and I always struggled with my weight. That was the one area that I would have liked to have changed. I did work quite hard at times but without any tangible reward, so I accepted my look, after all it was me!! But after diagnosis, there followed a roller coaster of appearances. So many, that at times, I was frightened to look in the mirror, in case I didn’t even recognise myself.
When I was first ill, my body blew up, like a football. Then I had my regular chemo sessions and lost a lot of weight. I had my transplant, and couldn’t put any weight on. I then got sick and needed high dose steroids, which gave me large face and stomach. My weight was going up and down, and because of the steroids my water retention was high and I looked permanently bloated. To add to this, my hair was coming and going with the drugs. One minute I had hair, the next I didn’t. Once I got GVHD on my liver, all of the above happened plus, I turned yellow!!!
Not a great look eh?? Couldn’t now imagine myself appearing in an episode of Baywatch. Most of my muscle definition has disappeared, as I have been unable to exercise. After this experience, I have become much more accepting of my situation. I try to make the best of how, things are. After all I am lucky to be alive.
I have now built up, a 3 size wardrobe of clothes. M, L + XL. Currently, I am stable in medium, and have been for some time. I have been told that any further treatment, should not involve steroids as my body will have overdosed on them.
If I wasn’t the kind of man I am, I think I could have been broken, but I have always managed to see the funny side of things. I remember when my youngest son came to visit me in hospital he told me that I looked like Mr Potato Head, (a childhood toy) My eldest said I looked like a bouncer, because I had no hair, and a very large neck.

I can see that these issues may effect women psychologically, more than men. After all, we all like to look our best. But with factors beyond our control, it can be very difficult. Like all side effects of illness some people deal with it better than others, but It is certainly one of the toughest challenges I have faced. How to accept your ever changing appearance?

Have you been affected by any of the above issues I have mentioned? How have you dealt with them?