Since I haven’t been able to work, I have been at home much more than I normally would have. There have been many plus points to that, but several negative ones too. One of those, being prone to constant marketing phone calls. We have done what we can to stop them but still those clever blighters find a novel way round the system. Yesterday, my energy supplier called to talk to me about loft and cavity wall insulation. It was quite obviously from a call centre and the guy must have had a list of calls to make. He asked about loft insulation, and I told him it had just been done, he then asked about cavity walls, and I said that we didn’t have any!

He then immediately asked about loft insulation again. I asked him how complicated it was to ask two questions and actually listen to the answer.He was quite obviously reading from a script, and not the slightest bit interested in my loft, walls or me. I was just another statistic to him. Which then got me thinking.Everywhere we go, whatever we are doing, we are bombarded with requests for feed back, and then fed a constant diet of facts and figures.But it seems to me, that everyone has forgotten that we are real people.

Take Facebook and Twitter, and social media. Most things are judged on numbers. How many friends, followers, likes, readers etc do you have? Not necessarily the quality of those people, and how active they are. I then started to think about, my visits to hospital. I am always keen to give feedback where ever I can, because it obviously helps to shape service. Even the people asking the questions get judged on how many people they talk to in a day.

New projects are always an interest to me, with my business background. In either my charity or hospital work I see them constantly springing up as a result of previous information gathering. Every one gets on that particularly bandwagon, at that time. The project starts, it’s another box ticked, pats on the back all round, then onto the next one. Sustainability anyone? What happens after you all move on?

I was sent this week, details of a new N.H.S scheme, looking for experienced volunteers. I smiled, as I sent my email into the large black hole that is any NHS volunteering scheme application process.I wanted to see if things had improved since I was first looking for volunteer work.Well it seems they haven’t. Not even an acknowledging email. Yet again, another target for someone to chase, not at all interested in the individual, just chasing numbers.

Wherever I am, all I hear about is percentages. Life is now all about chasing targets. Just numbers to fill out on a spread sheet. Mail shots, phone marketing, social media campaigns, tv and poster advertising, filling in feedback forms or spurious competitions.Somewhere, somehow, you are a target.

In this week particularly, I have had many conversations, with people that are becoming concerned about how our care is being managed. Most of us have come to the conclusion, that despite a public policy of wanting more patient involvement, in care programmes, it is getting much more difficult for the patient to be heard. The processes are becoming too complicated and the people involved are becoming faceless.Many of my colleagues are much more keen to work locally than nationally, where their voice can be heard, and the difference that they can make is tangible. 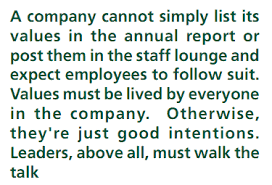 The system pays lip service to the patient voice, because it has to. If you think about it realistically, even the Government are struggling to change the N.H.S, so what chance do we have? It is about time, that all players related to the health industry, realised that they are dealing with people, who all have feelings, and are not just part of a huge data base to be driven mad by surveys and requests for donations, as and when they feel like it.

There are times, when I question if some organisations have forgotten what they are actually there to do. Marketing, media and self gratification, very nice, but what about the patient?